The Classic Game That Is The California Clasico

The rivalry between the Los Angeles Galaxy and San Jose Earthquakes is one of the biggest rivalries in the MLS today. The rivalry runs deep between players, fans, and historical team success. Both teams have had players switch teams and they have battled it out on more than one occasion for MLS Cups.

When these two teams meet there is always something to play for, including pride, but why do these two teams hate each other so much? In the mid-2010s both teams were Western Conference powerhouses. The Earthquakes and the Galaxy have seven MLS Cups combined. Lastly, both teams have loyal fan bases that will stick with their team through thick and thin. The teams are so alike it creates a heated rivalry.

Unfortunately, Donovan did not sign back with San Jose and instead signed with the Galaxy. The rest, as you say, is history. Donovan went on to win four more MLS Cups with the Galaxy. However, this was not the first time the teams had swapped players.

Lastly, David Bingham who spent all of his career with the Earthquake as their goalkeeper is now with the Galaxy. The Galaxy have been struggling at the goalkeeper position for some time. That is until the Galaxy acquired Bingham in 2018. Bingham is showing his worth in this 2019 MLS season. The common trend seems to be that the Galaxy take away a promising player from the Earthquakes, who then go on to have major success for the Galaxy. One other factor is a big market verse a small market. Los Angeles is an attractive city, which makes it easier for the Galaxy to offer bigger contracts for players to jump ship.

Even though these two teams have a lot of hatred for one another there is some respect between these two soccer clubs. Donovan had the record for MLS All-Time Goal Scorer until Chris Wondolowski passed him earlier this (2019) MLS season. The news caught wind and Donovan congratulated Wondolowski via Twitter.

Donovan mentioned Wondolowski achieved this milestone two games faster than himself. Donovan playfully hesitated he is sad his record was broken. During the video, Donovan was pleased that he passed the torch to Wondolowski. However, Donovan still holds the MLS All-Time record for assists.

One last common ground is both men represented the US National Team during World Cup qualifiers and other tournaments throughout their careers.

Mentioned earlier, these two teams are champions by combining seven MLS Cups between them. Both teams have made their rivalry a staple in the MLS. The best part about rivalries is they continue with each generation. The highlight of past years will be shared, and new memories will form in upcoming future seasons to come. 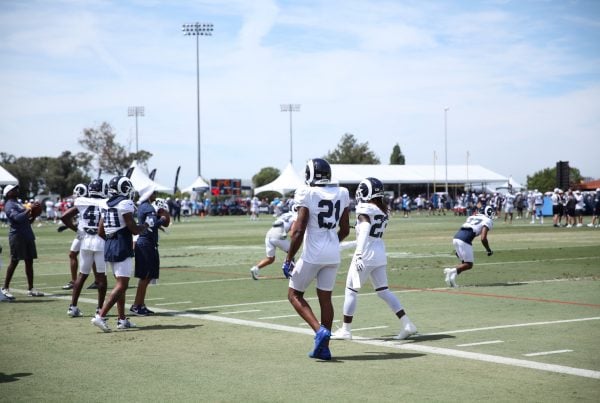 My name is Jason Duarte. I’ve been a fan of the LA Galaxy since 1999. However, I am more than just a Galaxy fan. I am also passionate about LA sports in general and want to share my passion with fellow LA fans. In addition, I’ve played team sports most of my life. My current passion is distance running. Hopefully, I can share this passion with you as much as I love LA Galaxy.