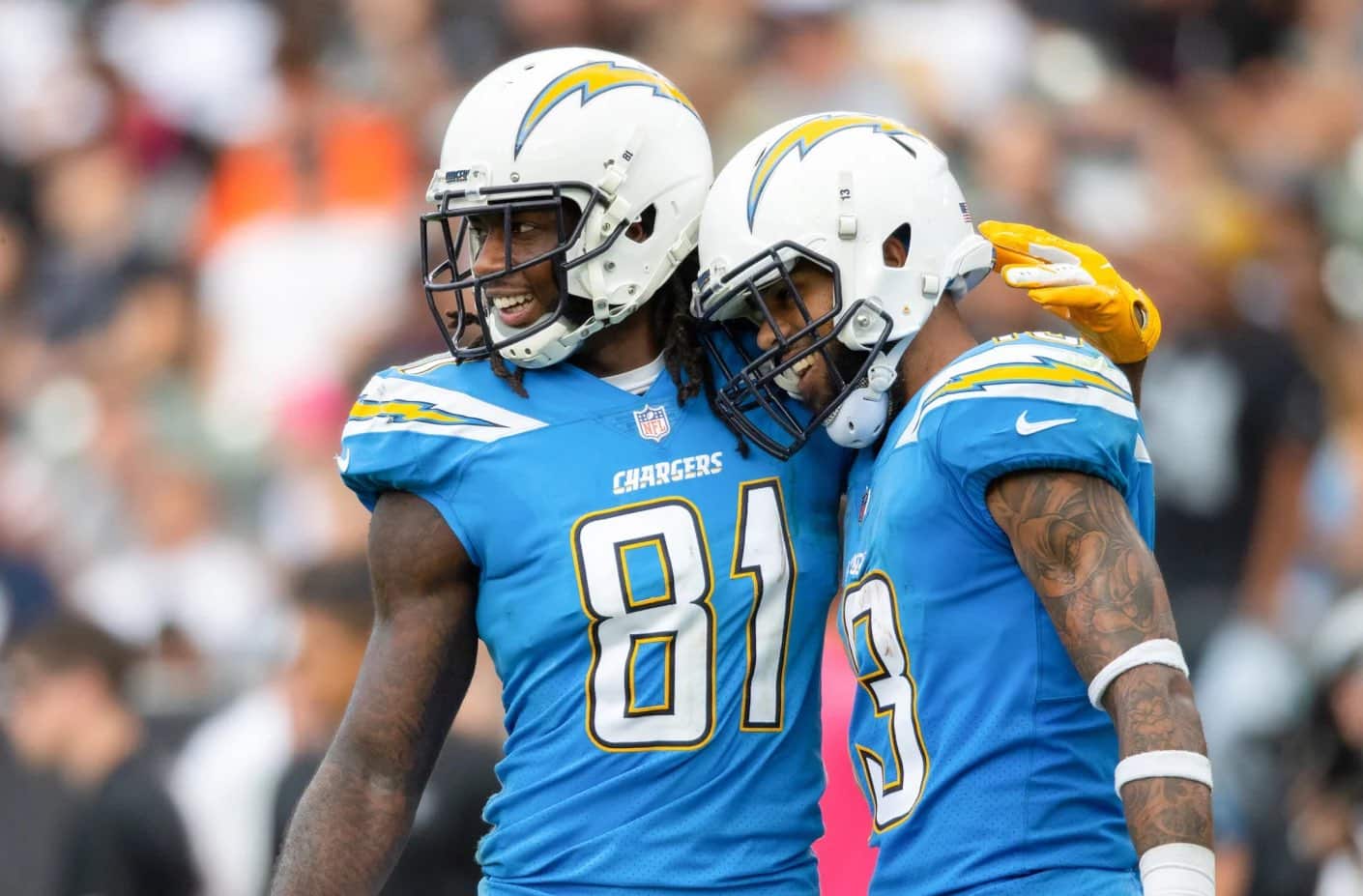 Los Angeles Chargers receivers Keenan Allen and Mike Williams are consistently overlooked by fans and media as one of the NFL’s best pass-catching duos. Simply put, Allen is the BEST route-runner in the entire league (undebatable) while Williams is a jump-ball magician. Their unique skillsets complement each other very well which makes them one of the premier receiving tandems in the game. With the 2021 season right around the corner, how will Allen and Williams stack up amongst the league’s top pass-catchers?

Here are my projections:

With the NFL being the pass-happy league that it is, most rosters have multiple players who can seriously impact the passing game. Still, the pairs that the Chiefs, Buccaneers, Titans, Seahawks, Vikings, and Bills possess are the cream of the crop. The top receiving duos next season will most likely consist of a combination of those six teams. Exactly how those top teams finish amongst themselves is disputable.

Similarly, to the Chargers’ receivers, the Rams combination of Woods and Kupp is an underrated group that continually produces year in and year out. As a pair last season, they combined for 182 receptions, 1,910 yards, and ten touchdowns. While the TD numbers are not jaw-dropping, I expect both players to see their stats increase with the addition of Matthew Stafford under center. Stafford is a much more aggressive signal-caller than former Rams quarterback Jared Goff. Woods and Kupp are both speedy receivers who rely on their quickness to create separation from their defenders. Stafford’s willingness to take shots down the field will better cater to the strengths of his new pass-catchers.

The Rams’ tandem gets the nod here over the Chargers because of the consistency displayed from Woods and Kupp on a yearly basis.  With that being said, I believe that the ceiling for Allen and Williams is much higher. The Chargers duo has more than enough talent to surpass their Los Angeles rivals this upcoming season and possibly sneak into that “Top Dog” category.

What Makes Allen and Williams Top 10?

Considered injury-prone for most of his young career, Allen has appeared in 62 of 64 possible games since 2017 and has established himself as one of the greatest receivers on the planet. Allen is one of just three players to haul in at least 100 receptions in each of the past three seasons – DeAndre Hopkins and Michael Thomas are the others. Yet he is still denied the respect he deserves. With a 68.3% career catch percentage, his hands are as sure as they come and he’s especially effective at extending drives with 399 first down receptions to his name. One look at the numbers should tell you that Allen is easily one of the best individual receivers in the game.

We know what to expect from Allen. Ultimately, how well the duo actually performs next season will rely on whether or not Williams can improve as he enters a contract year. As the number seven overall pick in the 2017 draft, he has shown TONS of potential during his four years in the league, yet still hasn’t quite lived up to expectations. Williams has amassed just one 1,000-yard receiving season and hauled in just seven touchdowns the past two seasons. To his credit, Williams has never been targeted more than 90 times in a single season and was severely misused by the former coaching staff. As the established wide receiver two in this new Chargers offense his target share should definitely improve, while his 17.3 yards per reception suggest he could be primed for an extremely productive year.

New OC, Who This?

The Chargers named Joe Lombardi the team’s new offensive coordinator heading into 2021. Following coaching stints with the Detroit Lions and New Orleans Saints, Lombardi brings a pass-friendly offensive scheme to Los Angeles which both Allen and Williams should benefit from. Allen has told the media that the new offense will allow him to play more freely, which is an extremely scary thought for opposing defenses. He is already one of the hardest receivers to cover and in the new offense, he will have more opportunities to run option routes which will add to his ability to exploit coverages.

Allen will not be the only benefactor of the Lombardi scheme as Williams is set to explode in the new offense as well. Mike Dub is slated to play the ‘X’ receiver which is the same position that Thomas plays in the Saints’ offense. Lombardi’s playbook is one that naturally favors this position and Williams should see his targets increase as a result. Thomas has averaged 150 targets over the past four seasons, if Williams can get just 100, he is destined for a career year.