How Brandon Marshall Fits With Seahawks

The Seattle Seahawks just signed veteran wide receiver Brandon Marshall to a one-year deal. Marshall comes off a frustrating stint with the New York Giants where an ankle-injury ended his season after five games. Meanwhile, the Seahawks lost core starter Paul Richardson to free agency and are left with a relatively young receiving unit outside of Doug Baldwin and recently signed Jaron Brown. Marshall will be the tallest wide receiver Russell Wilson gets to work with.

On paper, this transaction is a win-win for both parties. The Seahawks are carefully imposing incentives that Marshall must meet in order to earn the entirety of his $2 million salary. At the same time, Marshall gets a shot to play in a huge market and hopefully the opportunity to reach the playoffs for the first time in his career.

How Brandon Marshall Fits With Seahawks

Ready to Get Rowdy

As mentioned on his Instagram account, Marshall has wanted to play for one of the league’s loudest crowds. 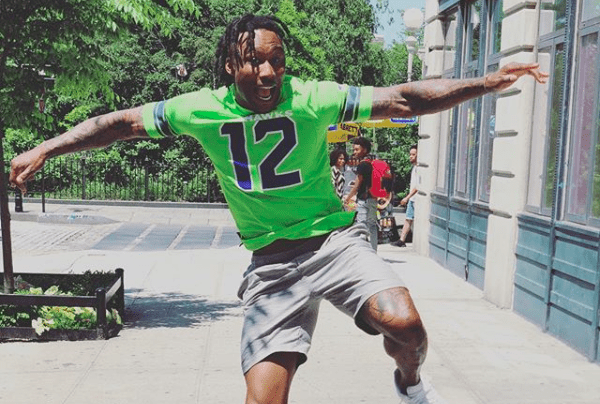 Though Marshall has yet to play a game at CenturyLink Field, the reputation of the 12’s is enough for any player to show such excitement. A six-time Pro Bowler, Marshall is a talent that’s just been in the wrong place at the wrong time for the majority of his career. As long as he stays healthy he can use this opportunity with the Seahawks to show off his attributes at a higher marketable rate.

A  Veteran With Something To Prove

Seattle will be Marshall’s sixth NFL team since he started playing in 2006. As of now he sits at 16th on the all-time NFL receptions list, 24 receptions away from passing Randy Moss. Marshall has been known for his ability to avoid tackles and produce after the catch. This is something the Seahawks need in order to scramble defensive formations. Spreading out the opposing defense can open up routes for mid-range passes and could also help set up less desperate running plays. Additionally, now that he’s part of the NFC West we should be able to revisit the duel against Richard Sherman from the 2016 season.

A lot rides on how Marshall recovers from his previous ankle injury. Nevertheless, his experience can be invaluable if shared with the younger receivers on the team. Having a successful and productive year will not only move Marshall up the all-time receptions list, it will enhance his legacy. After the last two subpar years with both New York teams, Marshall has one last chance to turn his narrative around. If he can absorb the energy from fans at CenturyLink Field and strengthen Seattle’s offense he’ll further prove what everyone already knew; Brandon Marshall stands as one of the best wide receivers to play the game.