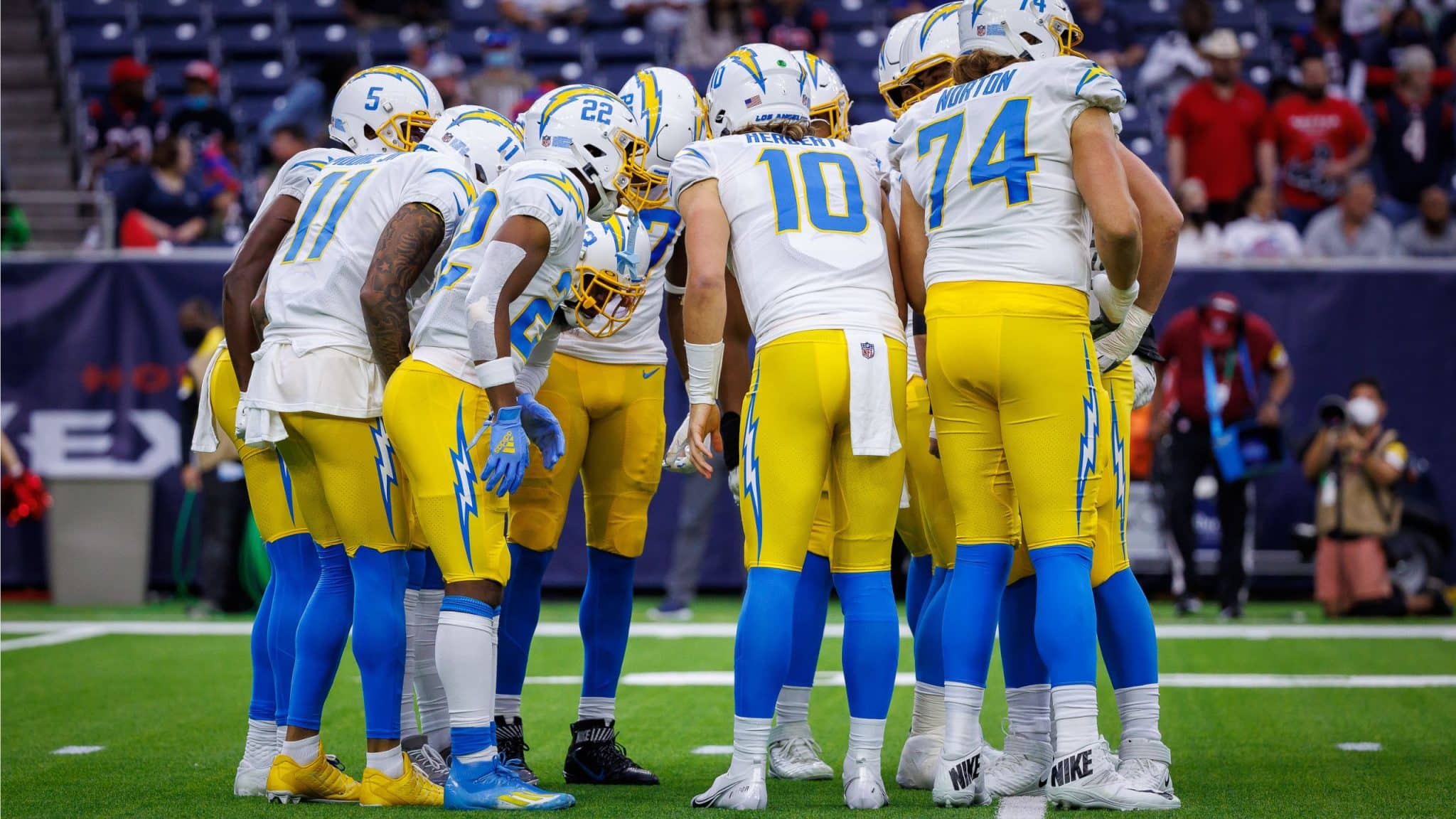 Chargers Preview: Getting To Know The Denver Broncos – Part Two

Getting To Know The Denver Broncos – Part Two

I took a break from writing the Week 16 edition of this series due to the holiday season, and thank goodness for that. The Los Angeles Chargers entered last week controlling their own wildcard destiny, despite losing a game they really should have won at the hands of the Kansas City Chiefs the previous week. The first part of that last sentence made the loss to the Chiefs tolerable. What followed was an utter embarrassment and arguably the worst loss in franchise history given who the Chargers had hoped to be this season and who the Texans currently are.

Due to the massive laying of an egg in Houston, the Chargers now have to win each of their last two games and will need some help from other teams. If they’re able to beat the Broncos this week, they’ll head to Las Vegas for a potential win or go-home scenario in Week 18.

That being said, let’s dive into this current iteration of the Denver Broncos.

We are nearing the end of the 2021 season and this is the second edition for the Broncos, so like the Chiefs series before this, we will be both previewing the upcoming matchup and reviewing what has come before it.

Ahead of the Thanksgiving weekend matchup between these two teams I wrote that the inconsistent quarterback play since Peyton Manning’s career bottomed out in Denver has plagued the Broncos franchise, and that has continued into this season.

Teddy Bridgewater is unlikely to play in this matchup due to his second concussion of the season, and a scary one at that. Before the recent concussion, Bridgewater had been the game manager that Vic Fangio has always wanted in Denver, but there have been multiple games this season in which the Broncos have required a quarterback to elevate their offense and Bridgewater has simply not been capable of doing that.

Drew Lock is likely to start this weekend, and while his natural arm talent elevates the ceiling of the offense, his poor decision-making also significantly lowers the floor. He made his first start of the season last week against the Raiders and while it wasn’t necessarily his fault, the offense put up the worst performance in franchise history. He didn’t turn the ball over which seems like a step in the right direction but he also only threw for 153 yards and zero touchdowns.

Fangio is unlikely to let Lock air it out this week, he is clearly tired of the whole gunslinger bit that Lock brings to the table, but their offense should improve against a banged-up and currently quarantined Chargers defense that just got roasted by Davis Mills and Rex Burkhead. Lock briefly stepped in for the Broncos in the previous matchup against the Chargers, made a costly error, and was promptly yanked for a clearly injured Bridgewater.

Outside of trading for Bridgewater, the key storyline of the offseason for the Broncos was the revamping of the secondary. Ronald Darby and Kyle Fuller have been very solid additions to pair with their own star rookie Patrick Surtain II. As Chargers fans well know, Surtain has proven to be every bit as advertised coming out of Alabama. Before the previous matchup, Surtain was allowing the fourth-lowest completion percentage among all rookie cornerbacks at 53.7%, and his ranking has maintained but his reception percentage has increased slightly to 57.1%. Two of the rookies ahead of him have only been spot starters, the other is Eric Stokes who is having a great season himself. Surtain has four interceptions on the season, two of which came against the Chargers in the first matchup which included a game-clinching pick-six.

Will Patrick Surtain have an INT vs. Chargers? - Powered By PickUp

Despite the uncertainty of the Broncos’ future, they have to be happy with how their rookie class is rounding out. Javonte Williams, offensive lineman Quinn Meinerz, linebacker Baron Browning, safety Caden Sterns, and outside linebacker Jonathon Cooper have all been starting games for them recently. Williams in particular has been very impressive alongside Melvin Gordon, in fact, he actually passed Gordon for the team lead in rushing. On the season he has been one of the most explosive backs in the league. Williams is currently fourth in the league in yards after contact per rushing attempt at 3.50, trailing only Nick Chubb, Jonathan Taylor, and Elijah Mitchell.

Browning was extremely impressive in the Chargers’ first matchup and is clearly the future at that position for them. He had eight total tackles, two run stops, and two pass breakups back in November. Meinerz has started seven games this year and has been a force in the run game but pass blocking remains a work in progress. He allowed four pressures and one quarterback hit in the previous matchup against the Chargers.

The Broncos have been a frisky, yet inconsistent team in 2021. After starting 3-0, they lost five in a row which left everyone to think they were dead in the water. Then they won back-to-back games against the Cowboys and Washington Football Team to get back in the hunt. Wins against the Chargers and Lions kept them afloat but they have now lost back-to-back games and are currently on life support, both as a team in the playoff race and as a coaching staff.

Their final two games are against the Chargers and Chiefs, and poor showings would likely seal Fangio’s fate. He has kept the defense playing at an elite level and is currently the best scoring defense in the league. So on the other hand, two more strong showings against Justin Herbert and Patrick Mahomes could persuade the Broncos brass to give Fangio and his staff another shot, at least defensively, while they search for better offensive play – be it through an upgrade at quarterback or offensive coordinator, or both.

Last time, I wrote about how difficult a place Denver has proven to be for the Chargers and that wrang true five weeks ago when the Chargers couldn’t get much on the scoreboard offensively, in part due to the aforementioned two interceptions by Surtain, a missed Dustin Hopkins field goal, and a failed fourth-down attempt early in the second quarter. Fangio’s defense made life very difficult for Herbert that day. PFF grades can be tricky, but Herbert’s performance against the Broncos five weeks ago earned him his worst grade of the season. Getting out to hot starts in games has been a crucial factor for the Chargers’ success as a team, but it was the Broncos who came out of the gates strong and scored touchdowns on their second and third offensive drives. The 14-0 lead allowed them to play to their strengths and stay in a positive game script on both sides of the ball.

Thanks to the 28-13 loss, the Chargers are now 7-16 in their last 23 trips to Denver. They have only won two matchups at Mile High since the 2011 season. The Broncos obviously added another notch in their belt in the all-time series against the Chargers and now lead 70-53-1.

On paper, the Chargers have the more talented team this weekend, especially at quarterback. They have more to play for, as they fight for their playoff lives. History also favors the Chargers, who have traditionally split the season series against the Broncos and usually win the home matchup, where the game will be played this weekend.

All that being said, I can’t in good consciousness trust this Chargers team to handle their business after what they put out on the field in Houston last week. Not to mention, Herbert and the offense have continually struggled against veteran defensive coaches this season. Be it Wink Martindale, Bill Belichick, Mike Zimmer, or Fangio. This should be a game the Chargers win, but I have a tough time predicting them to do so. Instead, I’ll pick the Broncos to win 20-17 in another ugly defensive slugfest.