The Los Angeles Chargers open the season on Sunday against Las Vegas Raiders in a rematch of last year's week 18 thriller. Here are the key matchups. 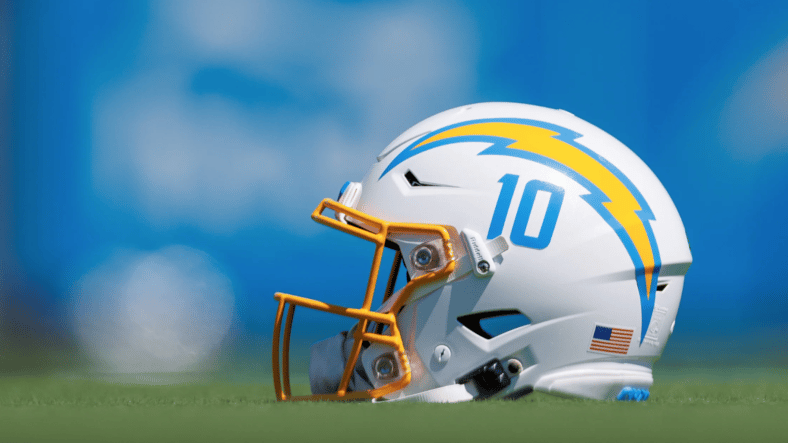 There is no better feeling than the week leading up to the first week of the NFL season. The NFL offseason is very long compared to other sports for a variety of reasons, so the anticipation of a new season lasts a long time. What I will be diving into for each Chargers game are the key matchups that I believe will be the deciding factors of the game. I am extremely excited to see a motivated Chargers team come out to avenge last season’s Week 18 loss. Let’s dive in.

This was the most obvious of the key matchups that I am highlighting. Everyone remembers the last game of the season. The Chargers were the better team and were favored to win the game, but still lost. The main reason for this was the pass rush of Maxx Crosby against Storm Norton. Crosby ended the game with 11 pressures, and 2 sacks. He seemed to be in the face of Justin Herbert every play down the stretch of the game. Trey Pipkins managed to win the right tackle position battle in training camp over Norton. The Raiders likely won’t rotate their pass rushers all that often so Pipkins will get a heavy dose of Crosby’s ferocious pass rush.

The Chargers showed an extraordinary amount of faith and confidence in Pipkins by not bringing in a rookie or free agent to play right tackle. Week one will be a good test to gauge if that was a wise decision or not. If Pipkins can avoid an avalanche game and keep his pressure number under five, that should be advantageous to the Chargers’ chances of winning.

In terms of pure entertainment value, this matchup was definitely one to watch as both sides have star talent. Davante Adams, Darren Waller, and Hunter Renfrow are as good of a trio as there is in the NFL. In JC Jackson and Derwin James, the Chargers have two elite players as well.

However, there have not been any recent positive updates about JC Jackson’s potential availability for this game. I would assume with no news on the injury, that Jackson will not be available. This is a huge blow in a game like this, as he was likely going to shadow Adams for the majority of the game. While this is a huge disadvantage for the Chargers, I believe they will be at least be mildly able to still slow down Adams. I would anticipate Michael Davis to be the one to get the majority of the time covering Adams. Davis has had a great camp after struggling last season and physically matches up best with Adams.

If you wanted to narrow this down even more you could focus on James and Waller. These two are premier athletes and players in their positions. This matchup is huge because of how much influence it will have on the game, especially with how often James will likely match up one-on-one with Waller with Brandon Staley designing up help over the top of Adams. Last year, James limited Waller to three receptions for 40 yards on eight targets while being the primary defender in coverage. Fans will remember that James also had a game-sealing interception in their first contest last year.

Bryce Callahan was one of the more underrated signings of the offseason. He has been one of the best slot corners in the league when he’s been healthy over the last few seasons. He’ll get to prove his worth quickly against Renfrow who is one of the best slot receivers in the league. The Chargers did a good enough job limiting Renfrow’s overall production in the two games last year, but he did score three touchdowns. Similar to Waller, he will probably get one-on-one opportunities against Callahan while the Chargers shade coverages to Adams.

If the Chargers are to be successful, they’ll need to limit at least two of the Raiders’ pass catchers in my opinion. I expect Adams to get his while being force-fed a little bit by Carr so James/whoever else covers Waller and Callahan needs to win their matchups.

*Editor’s Note: Jackson is out of his walking boot and is a game-time decision, per Brandon Staley as of Wednesday, September 7th*

Getting pressure on the quarterback is always going to be what impacts a football game the most. If your defensive lineman can consistently win their matchup and get pressure on the quarterback without having to send extra people blitzing, there is generally a very good chance you are going to be successful on that side of the ball. Nothing impacts the game more, this obviously leads to not being able to run the ball well and can take a team out of their game plan entirely.

In my opinion, the Chargers have the best pass rush duo in the NFL. Joey Bosa is one of the best pass rushers in the NFL and wins his battles more often than nearly anyone, but he never seems to be at the top of the sack total across the league. A lot of this is because his double-team rate is always around the highest number in the league. This really limits how much he can personally affect the game. The addition of Khalil Mack is going to change so much about this defense. Bosa will not be able to be double-teamed nearly as often (same goes for Mack) which will lead to them being able to get to Derek Carr more often in this game.

Along with all of this, probably the biggest weakness of the Raiders’ roster is their offensive line. Despite this fact, they still went out and released the offensive tackle that they drafted in the first round last year. A positive step forward from the Raiders’ offensive line likely included a big year from Alex Leatherwood, who now gets a chance at redemption in Chicago. Kolton Miller is a very solid left tackle but everyone else projected to start is an absolute liability.

The Raiders are obviously going to have the game plan to get the ball out early and often and run the ball in order to slow down the Chargers’ pass rushers. This is not an issue unique to 2022, though. In the first matchup, the Bolts got an early lead in part because the defensive front limited the Raiders’ rushing attack. This forced them into a negative game script, which played right into the hands of Bosa and company. He responded in kind and took over the game, afterwards Bosa mentioned that they knew once the rush got there, they knew Carr would be rattled and it would be easy to close out the game.

To the Raiders’ credit, that was not the case in the second matchup and Carr had a much cleaner pocket until very late in the fourth quarter. The Chargers will have to ensure Sunday’s matchup does not mirror the second game and get to Carr early and often. If they can, it is going to be a really long day for the Raiders. My prediction for this game is that Bosa and Mack will combine for at least three sacks. I think Mack in particular will make a statement against his former team and to the league in general that he is back, and that he is still a force off the edge.

All in all, I do believe the Chargers are going to win this game, and I see it more as it was in their first contest last season, with the Chargers winning rather convincingly. There is only one position group I see the Raiders having the advantage in, and that is wide receiver/tight end, which still isn’t really that big of an advantage at all. I think the Chargers have too much talent and that their strengths are really going to expose the main areas of weakness for the Raiders, being their offensive line and their defensive backs. With the Raiders having a new coaching staff and Herbert having the same offense in consecutive seasons being run for the first time in many years, I think the Chargers jump on them early and overwhelm them and make a statement that they mean business this year.