Centennial High School football star wide receiver Gary Bryant Jr. will be playing football at USC. Bryant is the 45th ranked player in the nation, the No. 7 WR, and No. 5 in California, according to the 247 sports composite.

In his senior year at Centennial, Bryant caught 58 passes for 1,134 yards and 10 touchdowns. He also added two rushing touchdowns and two punt returns for TDs. Bryant is a very explosive player.

Bryant is more quick than fast, meaning he is quick at making moves and making people miss while shifting through the defense. Along with Bryant’s quickness, he’s able to change speeds well, allowing him to start and stop and get back going again.

Route running is also one of Bryant’s strengths; he can get in and out of his breaks well, which allows him to get open quickly. Once Bryant gets the ball in his hands, he is electric and he is capable of taking it to the house every time with his skill set. Along with all these impressive traits, he catches the ball great as well. Bryant is a receiver that can play outside and in the slot.

Bryant reminded me of Peter Warrick when he was at Florida State. Warrick was more quick than fast as well and also was explosive with the ball in his hands. USC will be hoping Bryant can have a career at USC similar to what Warrick had at Florida State.

Where does Gary Bryant Jr. fit in at USC?

The trojans are stacked at the receiver position with Amon-Ra St. Brown, Drake London, Tyler Vaughns, and they still have Kyle Ford and Bru McCoy as well. There is a lot of talent in front of Bryant. He will have to earn playing time or maybe even redshirt. As explosive as he is, the Trojans will find room for him and get him involved any way possible. He would be excellent in the slot and also in the kick return game.

Bryant has all of the tools necessary to be successful, but he needs to put on some weight to be dominant at the college level. He definitely has a bright future ahead of him at Southern California. 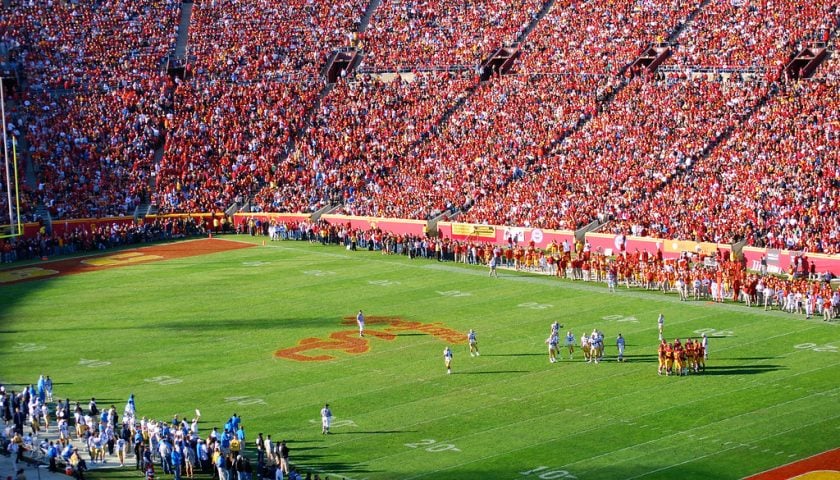