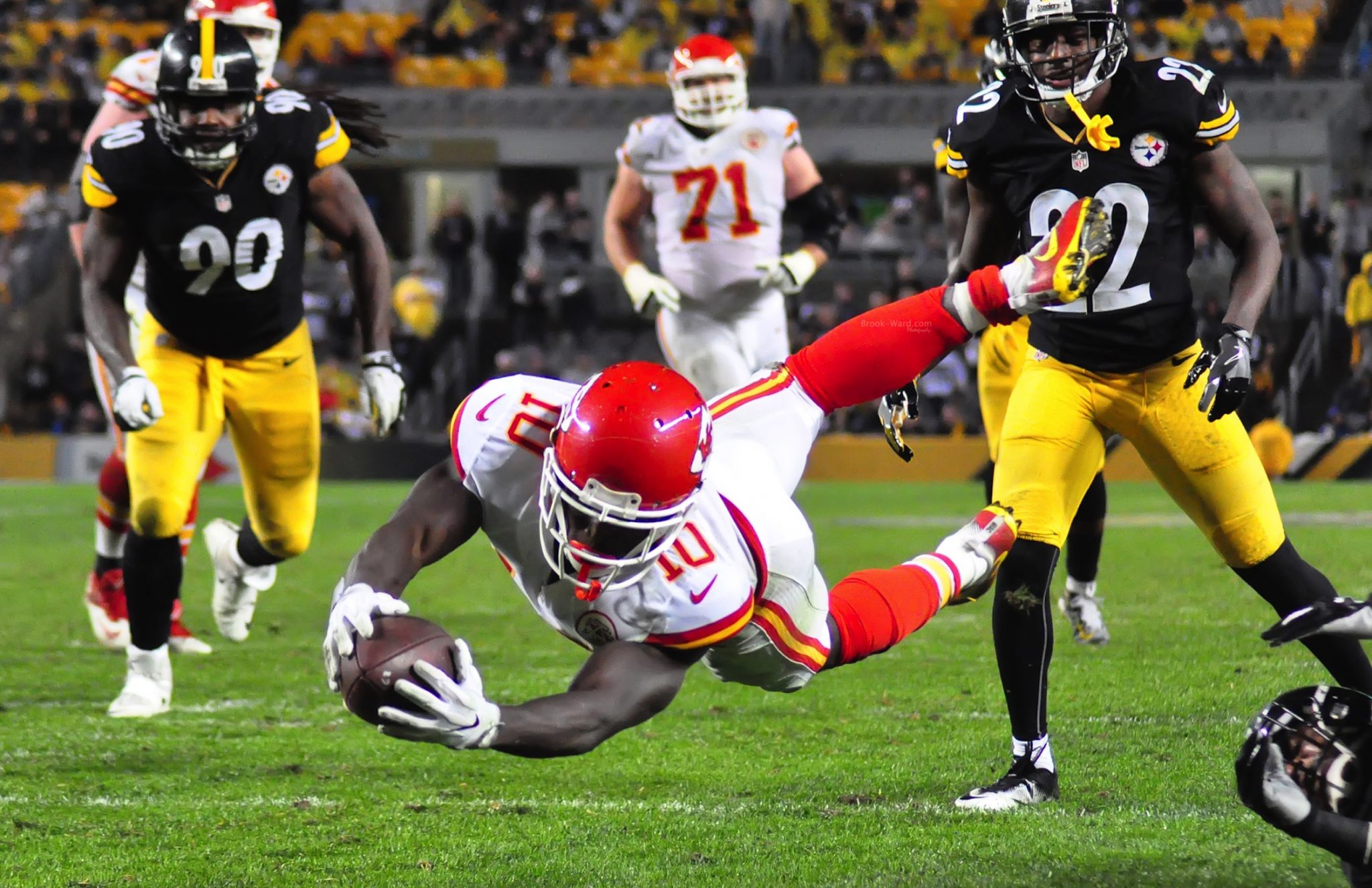 Welcome to the “Game of the Season,” first edition. The undefeated Chiefs welcome Jacksonville (3-1) into Arrowhead Stadium for a titanic tilt between two of the AFC’s top contenders.

In a battle of strength against strength, which team will be able to impose its will on the other? These three key matchups will go a long way towards answering that.

Perhaps you’ve heard this, but Jacksonville’s All-Pro cornerback likes to talk. As it happens, the Chiefs’ big play threat, can talk as well.

This Sunday should be fun with a possible match-up between #Chiefs Tyreek Hill and the outspoken Jalen Ramsey pic.twitter.com/05pkbXqrU7

Shockingly, Hill saying that he was “alright, I guess,” didn’t go unnoticed by Ramsey.

So, to recap, Ramsey, is only “alright” and Hill is just a “return specialist” instead of a wide receiver. Even though the Cheetah tried to walk back his comments by framing it as a challenge to beat the best, blah, blah, blah, that won’t matter to Ramsey once they’re on the field.

While the Jacksonville corner has an indisputable point that Hill’s greatest accolades have come because of his return abilities, he’s still a dangerous wide receiver. With a little more consistency, he would be the heir apparent to DeSean Jackson, who’s been terrorizing defenses for a decade now.

On the flip side, Ramsay isn’t just one of the league’s best defensive backs, he’s one of its best payers, period. Things don’t get easier for Hill on the other side, either, because A.J. Bouye is almost as good. If Sammy Watkins can’t go because of his hamstring, that could be an issue. The Jags will be without nickel corner D.J. Hayden (toe) for the third straight week, but that only helps Kansas City to a point.

The silver lining for the Chiefs is that at least Mahomes isn’t one of the quarterbacks that Ramsey thinks “sucks.”

Last season, Walsh’s second season as defensive coordinator, Jacksonville finished second in total defense, giving up just 16.8 points per game. They led the league in pass defense giving up a paltry 169.9 yards a game to opponents.

Through four weeks, the Jaguars are leading the league in defense and giving up even fewer points (14.5) and passing yards (164.2) than last year.

Though he cooled off slightly last week, Mahomes still has thrown 14 touchdowns in just four games. He’s completing 65.2 percent of his passes, averaging 300 yards, and has a passer rating of 126.5. He also hasn’t thrown an interception.

Even if Watkins is limited or can’t play, Kansas City still can trot out Hill, Travis Kelce, and Kareem Hunt. That’s some serious firepower.

After a suspension, defensive end Dante Fowler is still rounding into shape, but Calais Campbell is entirely capable of wrecking an offense by himself. As noted previously, the cornerbacks are probably the best in the league, and safeties Barry Church and Tashaun Gipson have three interceptions between them. Did we forget to mention middle linebacker Myles Jack? Oh yeah, well, he’s really good, too.

You voted and last week's @Xfinity Player of the Game is @MylesJack.

Who will it be this week? pic.twitter.com/XhjgnVizua

There are no weak spots on Walsh’s defense. Mahomes showed last week that he doesn’t need things to go perfectly to win. This time, he’ll have to prove that he can conquer a truly dominant defense.

No matter how it turns out, it’s the closest that we’ll probably come this season to an unstoppable force vs. immovable object showdown.

When Kansas City is on offense against Jacksonville’s defense, any football fan who can, will be watching. When the Jags have the ball, though, those same viewers will be going to get a snack.

Running back Leonard Fournette will miss the game with a hamstring issue. That puts things squarely on Bortles. The former top draft pick hasn’t been bad this season. He’s completing 64.7 percent of his passes and has thrown seven touchdowns against three picks. That said, it will take a lot for NFL fans to look at him as anything but uninspiring.

Despite Marrone’s complimentary pregame chatter, uninspiring might be an upgrade for Kansas City’s defense. They’re allowing an NFL worst 451.8 yards and are surrendering 28.8 points a game. They would get more attention for how poorly they’ve played if the team wasn’t undefeated and if there weren’t a group of teams (hello, Tampa Bay!) that are just as bad.

While the battle between the Chiefs offense and Jaguars defense will get all of the attention, it could very well be the fight between the other two flawed units that end up deciding the game.

Mahomes and his offensive partners are going to need as many cracks at the Jaguars defense as they can possibly get. That makes it imperative that the Chiefs defense can hold Bortles in check.

They might not be the unit that everyone is tuning in to see, but in order to get to 5-0 Kansas City might need its defense to do something it hasn’t managed all season — hold an opponent under 20 points.