Amar and Tad get into their picks for best waiver wire additions as we head into Week 3 of the NFL season. Who are the best players to pick up for fantasy? The Desai Guys give you all the answers! 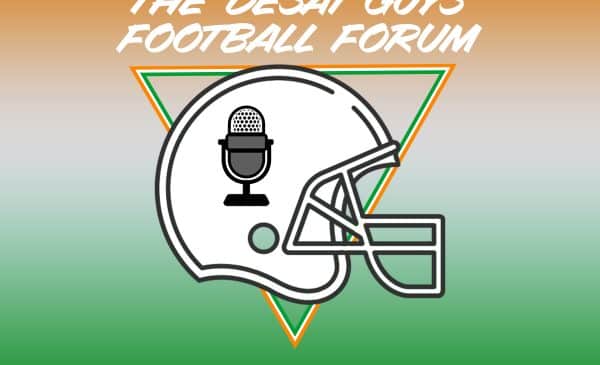 Trey Lance is now officially out for the season. Not only does this bode well for Jimmy Garoppolo going forward this season but what does this mean for the likes of Deebo Samuel? Is there anyone you can trust on the Dallas Cowboys or San Francisco 49ers roster? We break down that injury and others including Jerry Jeudy with the Denver Broncos, Hunter Renfrow with the Las Vegas Raiders, and Dalton Schultz with the Cowboys.

Raheem Mostert out carried Chase Edmonds with the Miami Dolphins but can you trust him to continue that production in Mike McDaniel’s system? Garrett Wilson, Greg Dortch, and several players from the Atlanta Falcons and the New York Jets surprisingly! If you want to know the best players to target on your waiver wire, listen to the episode above from The Desai Guys!

Want to discuss the episode or anything else football? Hit us up on Twitter: @amardesai23, @taddesai94, and @thedesaiguys. Also, check out our IG profile at @thedesaiguys.