Sean McVay And The Saga Of The Rams Running Game 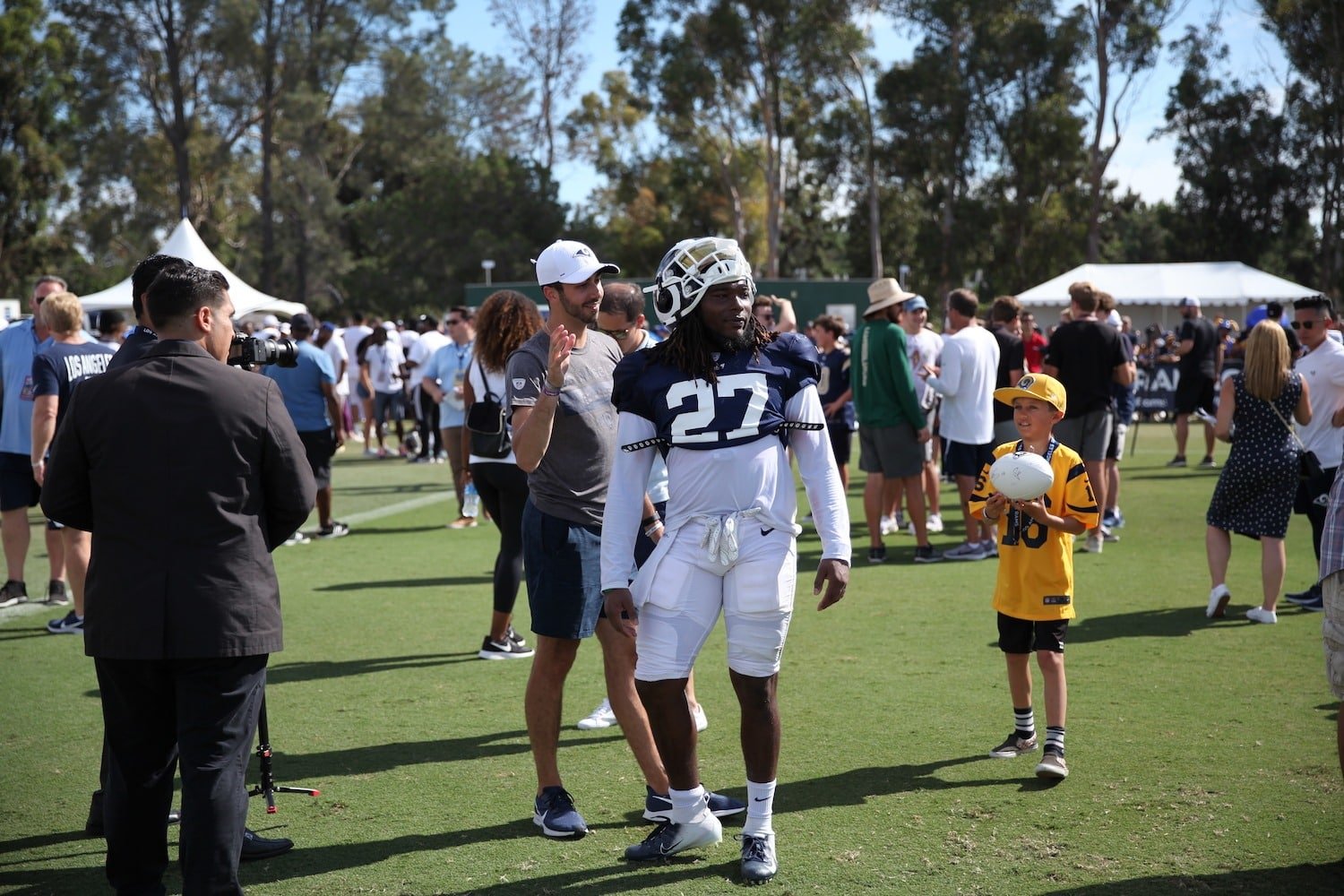 The Rams lost to the Tampa Bay Buccaneers and Sean McVay says the loss is entirely on him, which could be the case. McVay opted to call 68 passing plays, that’s the 3rd most passing attempts in a single game in NFL history. McVay is undoubtedly an offensive genius, but somehow forgot that the foundation of a good offense is a well rounded run game.  Here are a few reasons why McVay has veered away from the running game.

Sean McVay And The Saga Of The Rams Running Game

McVay Has No Confidence In Todd Gurley?

Heading into 2019 the biggest question mark about the Los Angeles Rams was how would Todd Gurley’s role change in light of his injury and the bizarre road to recovery. McVay swears that it is business as usual for the running game, but the statistics and usage tell a wholly different story.

Through the four games in 2019, Gurley is 23rd in touches and 51st in yards from scrimmage. This is a far cry from his 2018 numbers through four games, 1st in touches and 3rd in yards from scrimmage. This is not business as usual. Gurley’s usage has certainly changed since returning from his knee injury, getting 14 carries in the NFC championship and Super Bowl LIII, combined.

Heading into a short week, load management could be a factor for Gurley, who hasn’t hidden his feelings about playing on Thursday night, calling it “the dumbest thing ever.” But again, McVay insists that load management didn’t affect his play-calling against Tampa Bay.

McVay and the Rams have been opaque in their handling of Gurley’s role post injury. Losing to the Buccaneers in the fashion that they did has only heightened speculation that the Rams are telling us not to believe our lying eyes about Gurley. As the timeline shows now, Gurley is great, Gurley gets injured, Gurley returns and his usage drops significantly. If there is more to the story, we aren’t getting it from the Rams.

McVay’s thinking wasn’t too far off. The Bucs defense was great against the run in the previous two games, allowing 111 yards. While against the pass, they gave up 625. It isn’t difficult to imagine this game going the other direction had things tipped in the Rams favor, considering that Jared Goff did throw for over 500 yards. In many ways, Goff improved under pressure throughout the game, throwing for almost 200 yards in the 4th quarter alone.

It could be seen as an opportunity to put the whole game on Jared Goff’s shoulders and see if he can rise to the occasion. Goff failed, but a lot can be learned from a loss like this. Goff was terrible under pressure last year and proved to be the Rams’ downfall in the Super Bowl. Perhaps McVay thought they could beat the Bucs and get Goff some reps with live defensive ammo.

Furthermore, heading to Seattle, a bit of interdivisional gamesmanship could be in the mix. Seattle is sixth against the run allowing less than 80 yards per game and middling against the pass. Seattle will certainly be looking at the Tampa Bay game for ways to beat this offense. The Seahawks might be in store for a wholly different look from the Rams running game, however.