Whether it’s betting on players’ stat odds or who will win certain awards, some of the most fun NFL fans can have betting on the sport is prop bets. While there are dozens available to bet on, these are the few that you will be the most likely to make money on during the 2019 NFL season. The key to winning these bets is not to consider winners themselves but the situation surrounding them. That means looking at past stats, award winners and considering the things that can affect the outcome. So without further ado, let’s take a look at some of the best prop and futures bets you can place with the upcoming 2019 season. All odds are via Mybookie.ag, check out their website for some of the best deals and odds in online sports gambling.

The fact that this is an underdog is absolutely ridiculous. While I can see how they reached this number given the fact that Thielen has only had two successful years in the NFL. This paired with the fact that he is splitting receptions with Stefon Diggs, Dalvin Cook and Kyle Rudolph makes sense for why this would be the underdog to cover Vegas books but in terms of practicality, no way he finishes under this if Thielen stays healthy.

In his breakout year in 2017, Thielen finished with 1,276 receiving yards and four touchdowns. Who were his quarterbacks during that year? A mix of Sam Bradford, Teddy Bridgewater, and Case Keenum. Even with that peak mediocrity at the most important position in the NFL, Thielen was still able to get over 1,200 yards.

What did he do last year with a stable quarterback in Kirk Cousins? Thielen finished the season with 1,373 yards and nine touchdowns even with all the other weapons on the Vikings’ offense. Barring a significant injury, Thielen is clearly the focal point of the Vikings passing attack and if that stays true, it is almost impossible for him to finish below 1,185 yards on the season as a whole.

Barring a situation similar to what happened to Darius Leonard last year where a later-than-first-round rookie shocks the league and dominates, it is almost guaranteed a first-rounder will win this award. Given the potential stats that playing middle linebacker has for a player, it’s fair to think this will come down to the battle of the Devin’s. That’s between Devin White of the Tampa Bay Buccaneers and Devin Bush of the Pittsburgh Steelers, and while both will likely have highlight years, White is more likely to shine with the Buccaneers.

This is not only because the Bucs have a history of creating great middle linebackers but also the Steelers defense has some question marks and isn’t quite what it has been in years past.

While award bets are the hardest and riskiest to place, Devin White at +600 is easily one of the easier ones to place if you want to take a real risk with high reward.

Much like the Defensive Rookie of the Year award, this is one of the riskier bets you can place but it will have high rewards if you’re willing to risk it. Kitchens is an excellent candidate to bet on here solely for the reason that if the Cleveland Browns make the playoffs, which they likely will, he will be one of the clear favorites for Coach of the Year.

The Browns are facing high expectations this year but with the low results that have come to past the last few years, even medium success will look impressive for Cleveland. Given the questionable position the Steelers and Ravens are in this year, it is not outside the realm of possibility that the Browns win the AFC North and it is hard to imagine Kitchens doesn’t win this award if that happens.

While Bill Belicheck or Andy Reid being the favorites to land this award if their respective teams go 12-4 or 13-3, the mere novelty of the Browns enjoying success catapults Kitchens into the lead spot for this award should they make the playoffs.

Josh Jacobs, The Rookie Running Back With The Most TD’s: +130

At first, it was a surprise to see that Jacobs was second in line for this bet behind the Chicago Bears rookie back David Montgomery. However, after thinking about it, more things made sense.

Jalen Richard was tied for first with the Raiders in receptions meaning he will likely play a bigger role in their passing game than Jacobs. However, Jacobs will undoubtedly be the sole Raiders goal-line back meaning he will vulture all of the short touchdown opportunities from Richard and handle most of the primary ball carrier responsibilities for Oakland. 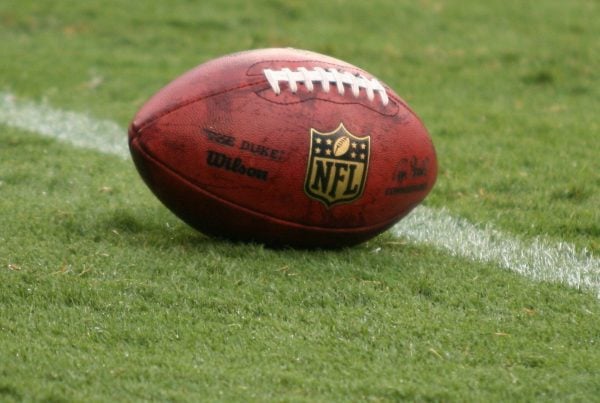