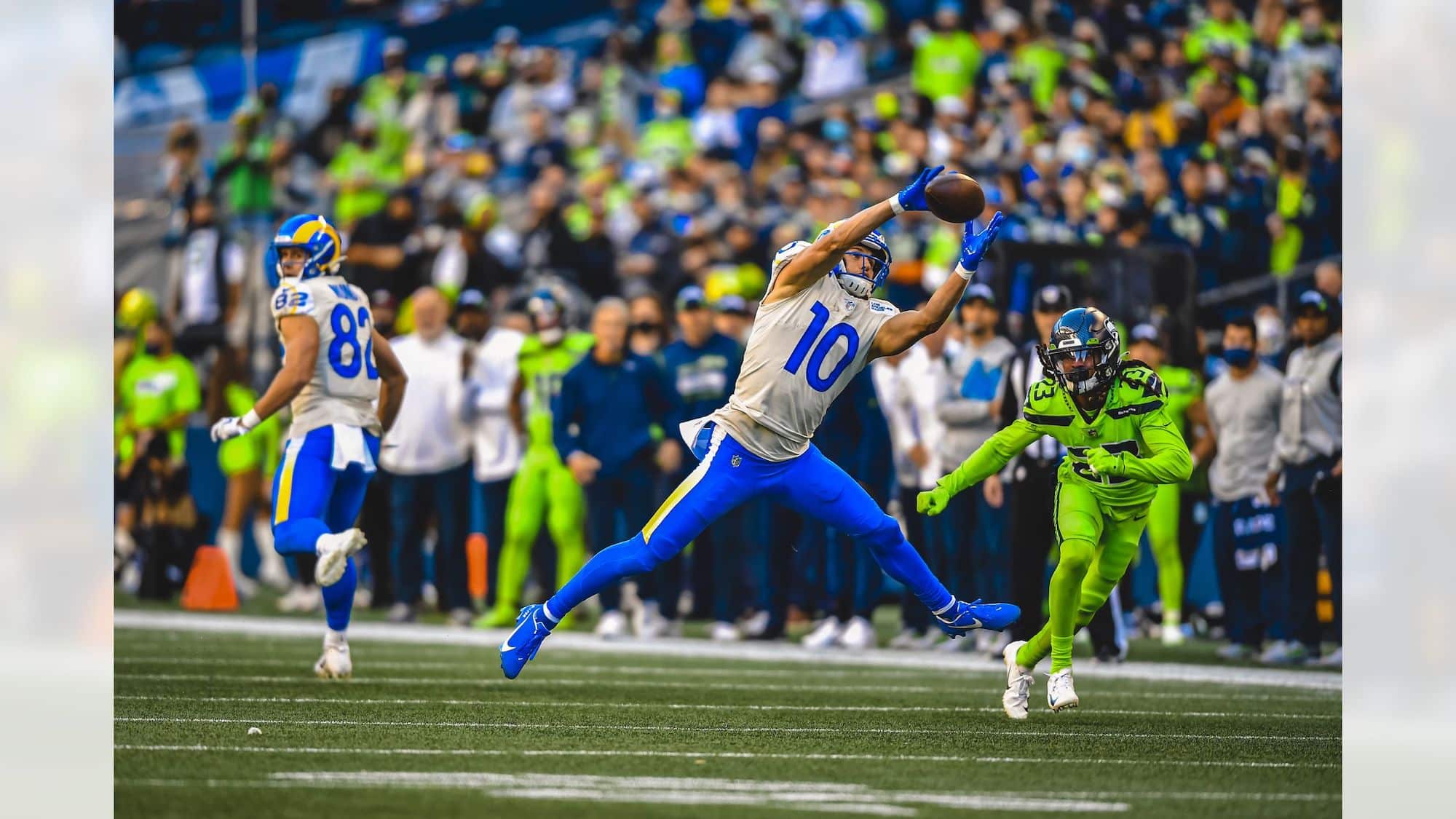 When asked if my cup is half-full or half-empty my only response is that I am grateful to have a KUPP.

Nevertheless, Cooper Kupp is positioning himself to be crowned one of the best in the league. Through eight games, Kupp is on pace to break Calvin Johnson‘s 2012 receiving record (1,964 yards). Not only is he on pace, but Kupp has a substantial lead compared to Calvin Johnson’s 2012 campaign.

Tellingly, Calvin Johnson was destined for greatness with his physical attributes and collegiate accolades. However, Kupp is proving that there is more than one way to become one of the best in the NFL.

Cooper Kupp is a magician on the field. Positioning his body to move one way, but then with a snap of a finger and a puff of smoke, Kupp is evading the defender in the opposite direction. Kupp’s ability to manipulate his defenders with his route running is his bread and butter. The NFL has had pure route runners before, but then there is Cooper Kupp.

Impressively, Kupp’s accolades are nothing short of impressive. With the addition of Matthew Stafford, Kupp has been able to elevate his game to a level that many Rams fans knew he possessed.

In reaction to the above tweet, Rams Nation had some interesting sentiments regarding Kupp’s and Johnson’s performances through the first 8 games of the season.

Absolutely agree. I don't understand why he's not getting more attention. Dude gives a class on running a route every game.

Let’s not forget, Calvin Johnson was virtually the only receiver on the Lions.

Here, this tweet made an interesting point. Cooper Kupp is one of three talented receivers–not including the tight ends– on the Rams, so he has to share the ball in the passing game. However, Johnson was the only option for the Detroit Lions in 2012, so he was able to get more opportunities.

Conversely, it can be argued that Johnson, as the only weapon for the Detroit Lions, had it harder because he had game plans created to stop him. Nevertheless, this tweet is true for both schools of thought.

If Kupp beats Johnson's record, it is a truly amazing that it is the same QB Matt Stafford involved in it. The record says a lot about Matt as much as it does about Calvin and Cooper.

In closing, Calvin Johnson and Cooper Kupp do share one similarity–they both had Matthew Stafford throwing them the ball. In short, Johnson and Kupp deserve their respect, but it’s not a coincidence that they share the same quarterback for their “king” season.

Which duo has more rec yds in Rams-49ers on MNF? - Powered By PickUp