Morgan Fox is a Los Angeles Chargers, Aaron Donald is two sacks away from 100, and Jordan Addison has transferred to USC. Tune in! Jalen Ramsey has been considered one of the best DBs for all of his career. When will he intercept his first pass in the 2022 season? 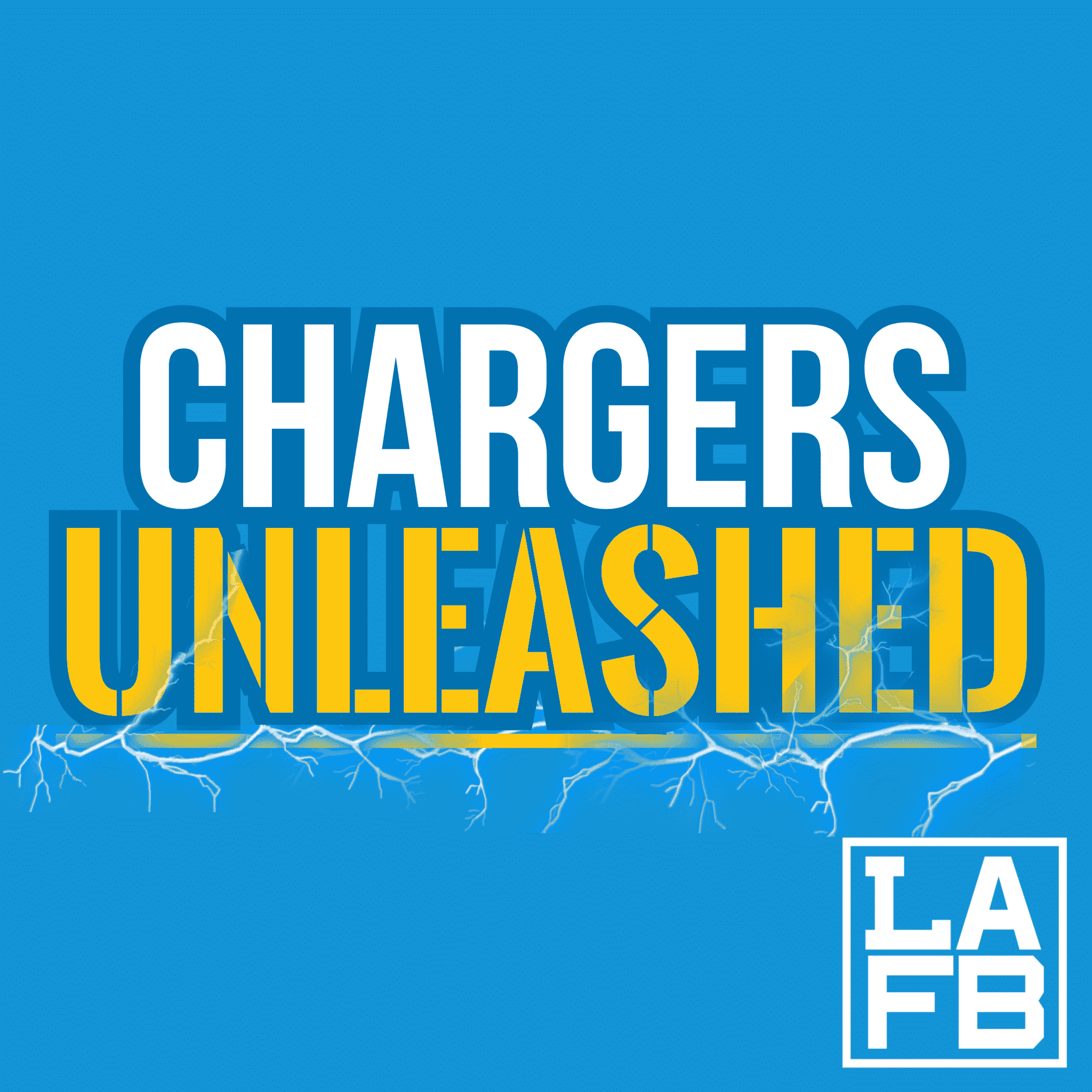 In the latest Chargers Unleashed podcast, Dan and Jake discuss the Morgan Fox signing and players in a make or break year for the Chargers. After a long wait, similar to that of Caleb Williams, former Pitt Panther Jordan Addison has reportedly transferred to the USC Trojans. With the addition of Morgan Fox on Wednesday morning, the question is: which Chargers pass rusher will be more productive? He, or Jerry Tillery? SB 1401 is a proposal in California that could shift even further how collegiate athletes get paid for playing. But who does it really affect? Ryan and Jamal discuss the potential of Jordan Addison transferring to USC, California’s proposed SB 1401 bill, and how to intensify the Rams and Chargers rivalry. 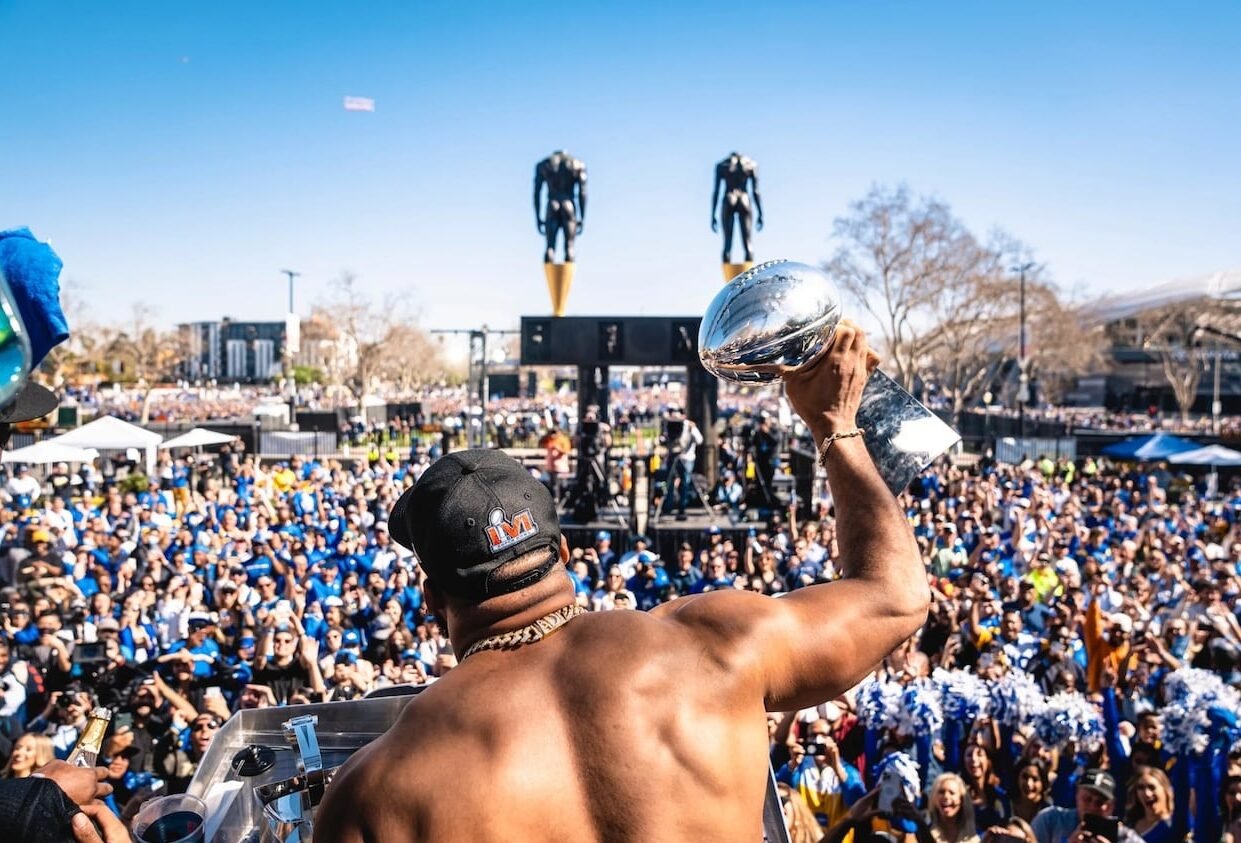 The whole world knows that Aaron Donald is a sack machine! He is just two sacks from 100 career sacks.  Donald averages over 12 sacks per year. For some context, the all-time sack leader, Bruce Smith averaged 11 sacks per year.

So now with the official schedule out, we at the LAFB Network want to know when you think Aaron Donald will haul his first quarterback to the turf. When will 99 get his 99th sack?

Place your bet below with PlayPickup below!

When will Aaron Donald get his first sack of '22-23? - Powered By PickUp

Both the Bills and the Falcons were in the top five for allowing quarterback pressure last season. The Bills added two guards in free agency and Atlanta hasn’t done much to add protection for their quarterback. Although Marcus Mariota will offer a lot more mobility than Matt Ryan did.

The Cardinals and 49ers offered their quarterbacks good protection last season. Donald wasn’t able to log a sack against the 49ers in all three meetings. The Cardinals blanked him in their first game, but he got three in the second and one more in the Wild Card game. The Rams schedule is one hardest schedules in the league. A look into why it’s so hard and a dip into how the Rams will fare in these games.

Coming into week 8, the Los Angeles Chargers find themselves sitting at a pleasant 4-2 record coming off of their bye week. They host the 3-4 New England Patriots, coming off a dominant win against the New York Jets. The Chargers, on the other hand, lost 34-6 to the Baltimore Ravens prior to their bye week. Will the Chargers be able to bounce back after being dominated by the Ravens?

Last season, these two teams faced off in week 13 and the Patriots won in a 45-0 rout in Sofi Stadium. This included two special teams touchdowns for the Patriots and a two-interception performance from Justin Herbert.

With that being said, let’s take a look at the key matchups that will impact this game, as the Chargers look to get a big win this time around.

The Chargers’ run defense woes have been well documented. As a matter of fact, the Chargers rank dead last in pretty much every statistical category pertaining to defending the run. According to Pro Football Focus, the Chargers don’t have a single defender that ranks in the top 50 in run stops – Linval Joseph is tied for 56th with 10 run stops. The Chargers are also dead last in the league in rushing yards allowed per game and are dead last in Rush EPA allowed.

Harris has had a good season so far averaging 4.6 yards per carry and has scored five rushing touchdowns. He is also coming off of back-back 100 yard rushing performances for the first time in his career. Head Coach Brandon Staley seemed confident in his defensive front this week, but it’s safe to say the Chargers will need the run defense to make a guest appearance if they want a chance to win.

Offensive Coordinator Joe Lombardi is going to have to devise a strong game plan to handle the highly sophisticated and skilled Patriots defense. This all starts, however, with the blitz schemes that Belichick will throw at the Chargers. In last season’s 45-0 Patriots victory over the Chargers, Coach Belichick did a variety of different things to confuse the Chargers rookie quarterback. This included not only disguising blitzes but changing coverage looks from pre to post-snap and running defensive line stunts to disrupt the pocket. To address these concerns, the Chargers signed star center Corey Linsley in free agency, who should be able to help pick up the inevitable blitzes and stunts to give Herbert time to throw from the pocket.

Herbert struggled to say the least in last season’s meeting against New England. Luckily for him, this time around the Patriots are not as deep in the secondary. The Patriots traded All-Pro cornerback Stephon Gilmore to the Carolina Panthers in week 5 earlier this season, and star slot corner Jonathan Jones underwent season-ending shoulder surgery on Monday. The Patriots’ secondary is no pushover, however, with star corner J.C. Jackson, coming off 14 interceptions in the 2019 and 2020 combined. This being said, Herbert should be able to target some of the weaknesses in the Patriots’ secondary. This may include the veteran Jalen Mills, who has made the transition from corner to safety, now back for New England. Mills also had the game-winning touchdown scored on him in overtime in the Patriots vs Cowboys game. This will be a big factor with All-Pro Keenan Allen and breakout star Mike Williams.

Every Chargers fan in the world knows the special teams’ woes that have hampered them for seemingly the past 10 years. Some great Chargers teams have been hampered due to horrendous special teams’ play. The Chargers, realizing this team has the potential to be special, did not hesitate during the bye week to address the special teams group with two signings. The Chargers signed All-Pro return man Andre Roberts following his release from the Houston Texans. Following this, the Chargers also signed kicker Dustin Hopkins, who was released by the Washington Football Team this week. Hopkins is 12-14 on field goals this season and has only missed 2 extra point attempts so far this season. For the Chargers to reach their potential they will need these two new additions to make an impact.