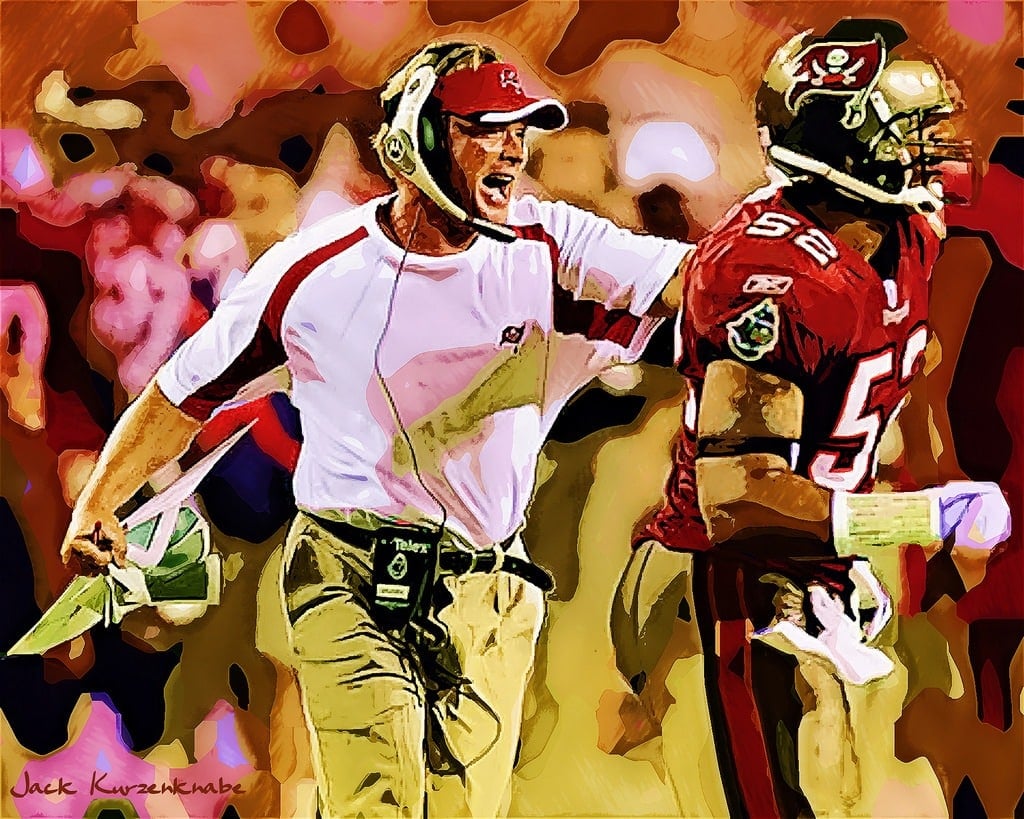 Forgive me for dating myself, but as a child, one of my favorite television shows starred Lee Majors as the $6 Million Dollar Man. Perhaps adjustments for inflation from 1973 would value him at around $100 Million Dollars in 2018, as that’s the figure being floated as the total of Jon Gruden’s contract-to-be to rejoin the Oakland Raiders as head coach.

The proposed deal reportedly also includes an ownership stake. Since being dismissed from the Tampa Bay Buccaneers in 2008, Gruden has been mentioned as a candidate for numerous openings at both the college and pro level. Having been an ESPN analyst since 2009, perhaps the allure of returning to the sidelines proved too difficult for Gruden to ignore.

Whatever the deciding factor, a lot will be expected with that type of cash on the table. With Derek Carr at quarterback, Amari Cooper, and Michael Crabtree as receivers, defensive end Khalil Mack and linebacker NaVorro Bowman on defense, he has some pieces in place to get off to a good start. Raider Nation will be energized, and the excitement at a fever pitch when the 2018 season rolls around.

The return of Jon Gruden will lead to hopes and dreams of Super Bowl appearances, followed by victory parades both in Oakland and their future home of Las Vegas. It remains to be seen if Gruden will be able to earn his keep or leave Raiders fans disappointed and full of regret. Only time will tell.