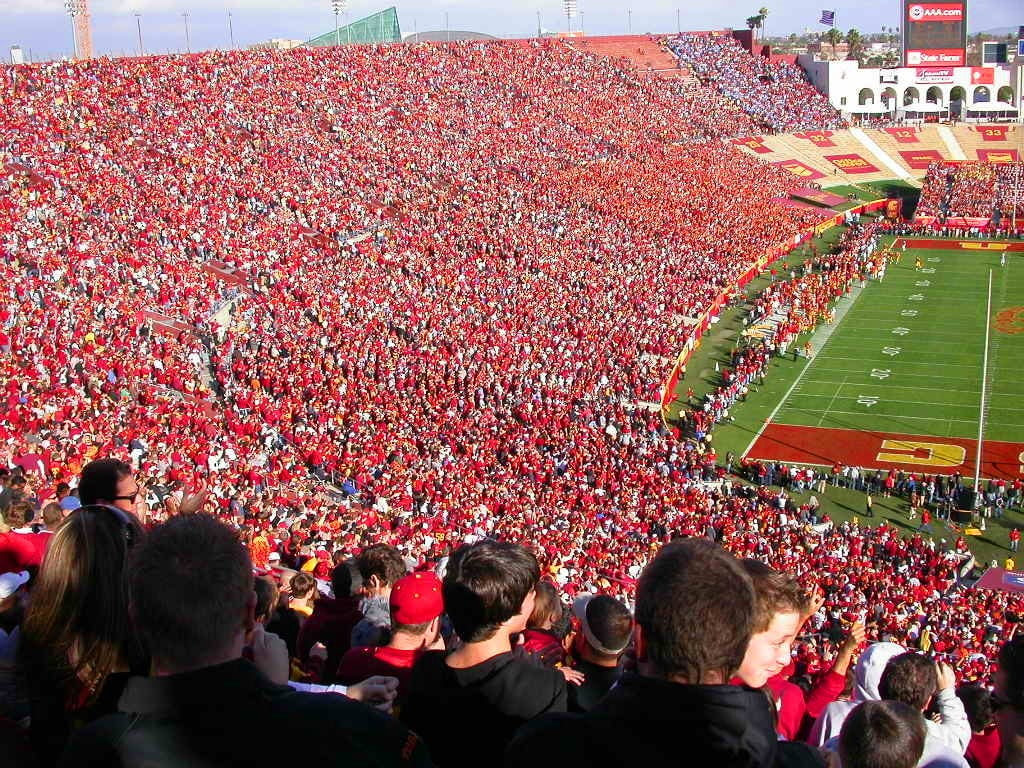 The USC Trojans have 39 Conference Championships and 11 national titles. The Trojans have appeared in 54 bowl games, winning 35 of them. USC also has appeared in 34 Rose Bowls and winning 25 of them; both are records for the Rose Bowl.

With the College Football Bowl season upon us, we wanted to take a look back at some of the greatest USC Bowl Games. Here is a list of the three best USC Bowl victories.

Even though the record books won’t show it because of the NCAA’s punishment for USC due to the Reggie Bush Scandal, this was one of the most lopsided bowl victories for one of the greatest Trojan teams of all time.

The Trojans dominated the No. 2 ranked Oklahoma Sooners from the middle of the first quarter on in this game. USC quarterback Matt Leinart threw for 332 yards and five touchdown passes.

Running Back, Lendale White, ran for 118 yards and two touchdowns, while Reggie Bush had six rushes for 75 yards on the day.

The USC defense intercepted three of Jason White‘s passes. Oklahoma was no match for this USC team; it was one of the greatest college football teams of all-time.

USC dominated the Woody Hayes led Ohio State Buckeyes. The Trojans running back, Sam Cunningham, rushed for four touchdowns in the game, which was a Rose Bowl record. Cunningham also took home the Rose Bowl MVP honors. USC rushed for a total of 207 yards and had 451 yards of total offense.

Receiver Lynn Swann also caught a touchdown pass in the game. USC finished the season 12-0 and was a first-time unanimous choice for the No. 1 team in the nation. The 1972 USC Trojans featured five first-round draft picks and a total of 33 players that would go to play in the NFL. That is pretty amazing and will go down as one of the most talented Trojan squads in history.

The Trojans defense did a tremendous job slowing down Michigan’s running back Chris Perry, holding him to 85 yards on 23 rushing attempts. USC was ranked No.1 in the coaches and AP polls but was left out of the BCS Championship game. The Trojans were ranked No.3 in the BCS.

LSU beat Oklahoma in the BCS Championship Game, the coaches poll gave LSU the National Championship, but the AP poll named USC No.1, resulting in a split national title.

USC has played in a lot of bowl games, and the hope is that this storied Univeristy can get back to prominance and compete for the top bowl games every single year. It all starts this year, on December 27, at the Holiday Bowl.