By Ryan DyrudNovember 3, 2016No Comments The NFL season is halfway over, crazy I know, and there have been some surprises in terms of fantasy. Some of the predictions that we made preseason have held true, while others have crashed and burned, whether it be due to injury or just poor play.

Adrian Peterson was lost for the season due to injury, Odell Beckham Jr. has been very inconsistent, and Matt Ryan is leading all quarterbacks in fantasy points. Hmm intersesting… Read our bold predictions for the rest of the season. (All fantasy rankings and points are based on ESPN 1-point PPR Leagues)

Todd Gurley will finish as a Top 10 running back There is no denying it, Todd Gurley has struggled so far this season. Some of that can be attributed to offensive play calling, some to poor offensive line play, and some to Gurley just not hitting his holes and running with conviction. Currently, Gurley sits at 22nd in fantasy running back rankings and he has yet to rush for 100 yards. This is going to change moving forward as the Rams are coming off of a bye week and the rushing defenses that Gurley will face soften up a bit. Opponents on the horizon: Miami Dolphins (30th against the run), New Orleans Saints (18th), New England Patriots (13th), and the San Francisco 49ers (32nd). Time for Gurley to put up numbers like he did last year. 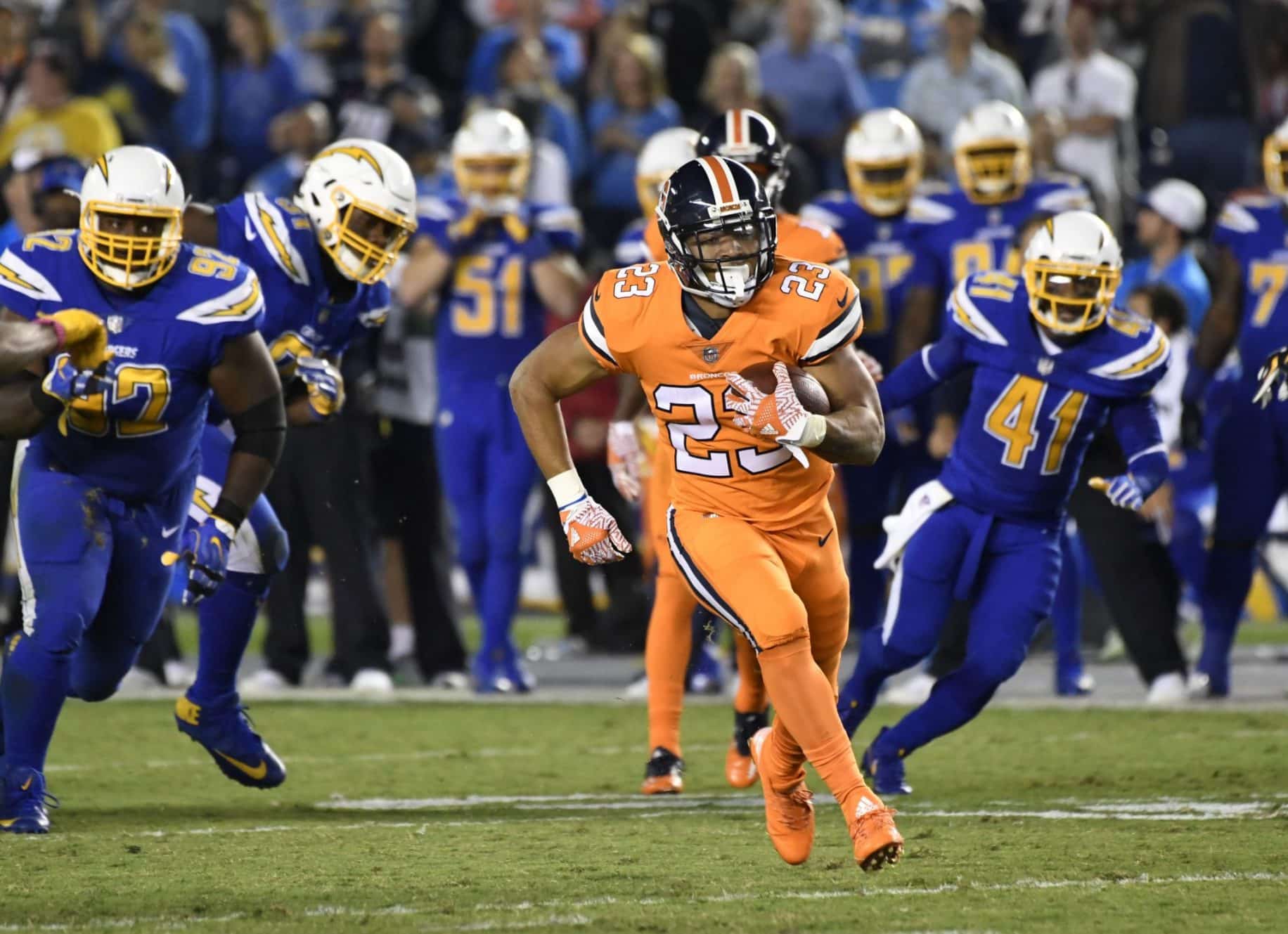 Now that Devontae is the full-time feature back in Denver we will see why the Broncos were so excited that he was still available in the 4th round of this years draft. Ezekiel Elliott is having a record year and Book has no way of catching him, but he will catch and surpass fellow rookie Jordan Howard. He is averaging 21 touches over the past 2 games and has hit pay dirt in each of those contests. As long as he holds onto the football, no one will challenge him for touches.

Terrelle Pryor Sr. will be a Top 8 receiver I was fairly high on Pryor Sr. at the beginning of the season as a boom or bust receiver in Cleveland. Partially due to injury and unforeseen circumstance (Corey Coleman breaking his hand and Josh Gordan entering drug rehab), and partially due to raw talent and necessity, Pryor Sr. has surprised everyone and landed himself as the 10th best fantasy receiver at the mid-way point in the season. He is pretty much the only option for whoever lines up at quarterback, and for that reason his numbers will continue to climb, putting him in the top 8 at the end of the season.

Theo Riddick will lead the Detroit Lions with 80+ catches The Chronicles of Riddick has been a pass catching machine out of the backfield for Stafford and the Lions. Through 6 games (missed 2 due to injury) he has 34 catches which is good for 3rd on the team (Golden Tate 38 receptions, Marvin Jones Jr. 36 receptions). His average of 5.67 catches puts him on pace for 45 catches over the remaining 8 games which would put him right around the 80 mark. He should be allowed to be started in the receiver position!

T.Y. Hilton will have a mediocre 2nd half of the season As it stands currently, Hilton is tied for 5th in terms of receiver fantasy points. He has probably been the best thing going for the Indianapolis Colts, minus that of maybe Andrew Luck, but that production will simmer a bit as the season progresses. His last 3 weeks have been very up and down (7 points, 26 points, 3 points) and he garners some tough matchups down the stretch. Six of his remaining eight games include: @Green Bay, Tennessee, Pittsburgh, @New York Jets, Houston, @Minnesota. He will still have a fine year overall, but expect a downturn in the latter half of the season.

There is no doubt that the Broncos have one of the top receiving duos in the NFL. Their only downside this season is they haven’t had the ideal quarterback throwing to them in terms of fantasy output. However, both guys are tied at the moment as the 14th ranked receiver(s) with 114 fantasy points each, 5 points out of the Top 10 and 24 out of the Top 5. Talk about sharing the ball. Siemian will continue to get better as the season progresses, and the matchups become very favorable for Thomas and Sanders. They face the Oakland secondary twice, and the Saints and Jaguars once. Each players numbers should inflate a bit. The five quarterbacks listed above have been the creme of the crop for many years and are typically always tops in fantasy points. Well that trend comes to an end this year. Tom Brady is putting together fantastic numbers, but is too far behind to finish among the best this season. Roethlisberger is still hurt and even when he comes back he likely will not be 100% and his numbers will suffer a bit because of that. Cam Newton currently ranks 16th and shows no signs of putting up the kinds of stats that he put up last year. Drew Brees is the dark horse as he is having another stellar season, but he will slow after facing defenses such as Denver, Los Angeles, and Arizona down the stretch. My top 5 prediction (in no particular order): Derek Carr, Matt Ryan, Andrew Luck, Jameis Winston, and Matthew Stafford.